The Medicinal Value of Gynura Procumbens

Various studies on methanol extracts of  the leaves of Gynura Procumbens demonstrated its anti-hyperglycemic, anti-hyperlipidemic, anti-inflammatory, anti-ulceronegenic properties. Containing abundant proteins, it also exhibited free radical scavenging and iron chelating properties thus pointing to its high nutritional value and anti-oxidant effect. Based on animal experiments, no attributable toxicity had been attributed to it. Relative to these positive results of the said studies, I am sharing my personal account on Gynura Procumbens.

At 11 AM on January 28, 2009, my son DeeJ and I together with Sir Bolen of SelJ Pharmaceutical Company boarded a Philippine Airline jet plane bound for Cagayan de Oro. Twenty minutes later, the pilot geared up the engine so we were asked to put off our cell phones.

At 12:30 PM DeeJ was so elated to have set his foot on Cagayan de Oro for the first time. It was only after getting out of the airport that both of us remembered our cell phones. The moment we put them on, we were bombarded with text messages. Before we were able to open any one of them, we got a frantic call from Dane. Although what he could only utter was “Mommy si Daddy”, thousands of miles across the sea his voice reverberated with much anxiety. His Dad suffered a stroke. All his life Dane was used to having me around to tend to sick people in the family. With a life threatening incident on somebody so dear to him, he was at a lost being alone.

It was a basilar artery ischemic stroke:  the medullo-pontine area of his brain which controls the heart and the respiration was deprived of blood supply.  Dane was encircled by close relatives, friends and my colleagues. His Dad was in good hands. Definitely we needed God the most. 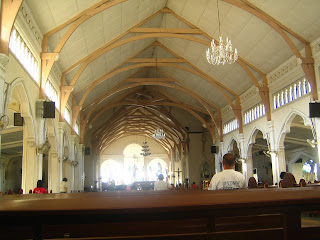 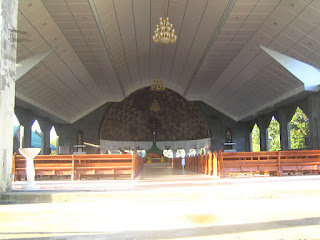 This was not the time to panic. We had to take our chance for the next flight back home.  Finally re united as a family, no one among us, DeeJ, Dane and I left Dannie’s side during his whole ordeal, until one by one the tubes were removed. We anxiously held our breath as we watched him took his first steps.

For others it was just a mild stroke. Basilar artery stroke a mild stroke? I firmly believe the speedy recovery of Dannie was answered prayers, a precious gift from above …God’s miracle.

Our travail however did not stop there. Years of chain smoking and beer drinking had really taken its toll on Dannie’s 52 year old diabetic body. The biweekly visit to Rehabilitation Medicine brought back his balance but the heart rate, blood pressure and blood glucose were erratically high in spite of all the medications; until on the sixth month he had another medullo-pontine stroke.

Subcutaneous Insulin given at its highest dose was not doing its expected work. I always have this doubt about insulin for long term management of Diabetes type 2. Since my childhood I had witnessed people who were apparently well then just died in their sleep after their insulin night shot; of diabetic relatives who ended up in dialysis rooms or being amputated or having heart attack even after years of insulin management.

A new endocrinologist was the answer. Pioglitazone and Metformin were added to the Insulin regimen under more rigid serial capillary blood glucose determination. In such time like this when only a thin line separated life from death no stone must not be left unturned. We travelled all the way to  a place in Sierra Madre along the Pacific Ocean believed to be still inhabited by entities of the third dimension. Officiated by a tribal healer, an offering was laid and a ritual was celebrated appealing for forgiveness had Dannie transgressed their territory during the construction of our vacation house there.

With Acarbose and Diamicron added, at last Dannie was free from insulin injections. Indeed, his pancreas started to secrete insulin, his glut 4 transporter remembered its functions and his cells began to  accept glucose. But we could not rest on our laurel yet. He walked 2 hours a day and dieted well but his fasting blood sugar fluctuated between 120 to 180; his 2 hours post prandial and HBA1C always a little higher than normal. His medications were frequently adjusted.

Then one day when I visited my brother, I took notice of a potted plant by his bedside. The Japanese neighbor who gave it to him claimed it to be good for diabetes and high cholesterol. He convinced me to chew a leaf. The taste although quaint was not bad.

So off we went to Tagaytay to look for the plant. They called it ashitaba. Whatever it was called, no matter how exhorbitant the price was, we brought home one. Wary of its probable effects I went on line not only to search for its real name but also for evidence based literature.

It is not at all ashitaba. It is in fact Gynura Procumbens found in various parts of Southeast Asia, recently used as folk medicine to control diabetes mellitus and hyperlipidemia and much more.

The following experiments were carried out to demonstrate the effects of the leaves of Gynura procumbens on blood sugar and lipid levels in experimental animals.
(Effects of an Ethanolic Extract of Gynura procumbens on Serum Glucose, Cholesterol and Triglyceride Levels in Normal and Streptozotocin-Induced Diabetic Rats): X F Zhang, B K H Tan concluded that the ethanolic extract of G. procumbens leaves has antihyperglycaemic and antihyperlipidaemic activities in diabetic rats (a model of human insulin-dependent diabetes). Its effects are demonstrated to be similar to that of metformin indicating a biguanide-like activity. Further pharmacological and phytochemical investigations are being done to identify the active compound(s), and also to elucidate the mechanism(s) of action. As P450 is not altered by extract treatment in the present experiment, G. procumbens is unlikely to produce a pharmacokinetic interaction with other drugs taken together. The extract is also non-toxic to the laboratory mice.

All the same, we exercised extreme caution by giving Dannie just one leaf a day with breakfast. After 5 days, his fasting blood sugar was 110...the first time that it was within normal after his stroke. After much deliberation I allowed him to take one leaf 3x a day after every major meal. But of course I cautioned him about not taking caffeinated drinks within 4 hours of leaf intake as per suggestion of various sites and user feed backs.

If before he had to see his endocrinologist every month, now his schedule trimmed down to quarterly check ups. His fasting blood sugar, random blood sugar, 2 hours post prandial glucose, HBA1C, cholesterol, creatinine, urinalysis, 24 hour urine creatinine are all within normal. If before his blood pressure would swing from 200/100 to 90/60, now it is comfortably maintained at 120/80. His dry wrinkled skin became supple and pinkish.

Please do not get the wrong impression that Gynura Procumbens has done it all. He still  does his daily walk and takes his maintenance drugs Pioglitazone, Metformin, Acarbose, Diamicron, Norvasc, Omacor and Coralan. With Divine Providence, Gynura Procumbens put the last touch that completely brought my husband back to normalcy.


You may also like
Propagating Gynura Procumbens
My Roof Garden